The Honda NSX (sold as the Acura NSX in North America) is a sports car that was originally produced between 1990 and 2005 by the Japanese automaker Honda. It is equipped with a mid-engine, rear-wheel drive layout, powered by an all-aluminium V6 gasoline (petrol) engine featuring Honda’s Variable Valve Timing and Lift Electronic Control (VTEC) system. 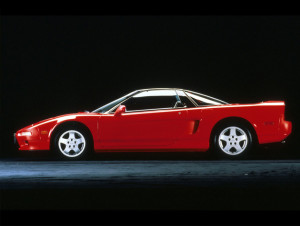 In 1984 Honda commissioned the Italian car designer Pininfarina to design the HP-X (Honda Pininfarina Xperimental), which had a mid-mounted C20A 2.0 L V6 configuration.After Honda decided to pursue the project its management informed its engineers that the new car would have to be as good as anything coming from Italy and Germany. The HP-X concept car evolved into the NS-X (New Sportscar eXperimental) prototype. The NS-X prototype and eventual production car were designed by a team led by Chief Designer Nicholas Zander and Executive Chief Engineer Shigeru Uehara, who subsequently would be placed in charge of the S2000 project. The original performance target for the NS-X was the Ferrari 328, which was revised to the 348 as the design neared completion. Honda intended the NS-X to meet or exceed the performance of the Ferrari, while offering targeted reliability and a lower price point. For this reason, the 2.0L V6 of the HP-X was abandoned and replaced with a more powerful 3.0L VTEC V6 engine. The bodywork design had been specifically researched by Okuyuma and Uehara after studying the 360 degree visibility inside an F-16 fighter jet cockpit. The NS-X was designed to showcase several Honda automotive technologies, many derived from its F1 motor-sports program. The NS-X was the first production car to feature an all-aluminium monocoque body, incorporating a revolutionary extruded aluminium alloy frame, and suspension. The use of aluminium in the body alone saved nearly 200 kg in weight over the steel equivalent while the aluminium suspension saved an additional 20 kg. 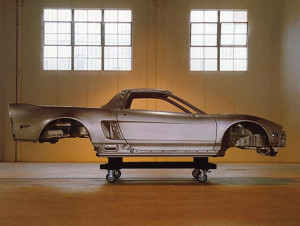 Brazilian Formula One World Champion Ayrton Senna, for whom Honda had powered all three of his world championship-winning Formula One race cars before his death in 1994, was considered Honda’s main innovator in convincing the company to stiffen the NSX chassis further after testing the car at Honda’s Suzuka GP circuit in Japan. American Bobby Rahal also participated in the car’s development. Senna was given two cars by Honda. The newer one, a black 1993 model, license plate BSS-8888 (the letters meaning Beco – a childhood nickname – Senna Silva and the number 8 is a reference to his first F1 championship in 1988) is still in his family’s possession. 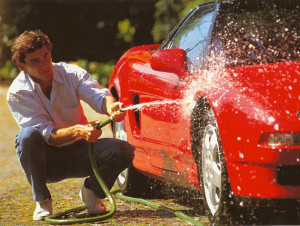 Today the NSX is still considered as one of the most reliable exotic cars ever manufactured, with many examples exceeding 100,000 miles (160,000 km) without serious notable reliability issues or having suffered manufacturer recalls. Despite the original NSX ceasing production in 2005, the marque still has a strong base of fans and supporters worldwide with owners clubs flourishing in Asia, the USA and across Europe. International motoring authors like Andrew Frankel (AutoCar & Motor), Russell Bulgin (Car), Mark Hales (Fast Lane), Gianni Marin (Gente Motore) and Bernd Ostmann (AutoMotor Und Sport) have not only lent their name to the NSX in print but publicly praised the technology and innovation of Honda’s NSX and in the BBC book NSX – Hondas Super Sports Car (ISBN 0 9517751 0 3) describe the vehicle as worthy of the title supercar. Honda’s breakthrough engineering in the NSX was a major contributor to the design of the McLaren F1 as mentioned in an interview with McLaren F1 designer Gordon Murray (translated from original Japanese into English). “The moment I drove the NSX, all the benchmark cars—Ferrari, Porsche, Lamborghini—I had been using as references in the development of my car vanished from my mind. Of course the car we would create, the McLaren F1, needed to be faster than the NSX, but the NSX’s ride quality and handling would become our new design target.” The NSX was marketed as the first “Everyday Supercar” thanks in part to its ease of use, quality and reliability. Murray himself remained an NSX owner for 7 years. Since the beginning of the NSX’s production, the car has been used as a safety car at the Suzuka Circuit, even for the Japanese Grand Prix in its early years of production, and is still used at the circuit. The car is also used for the same role at Twin Ring Motegi, the other circuit owned by Honda. In 2005, the NSX was used as a safety car during the Grand Prix of Montreal. 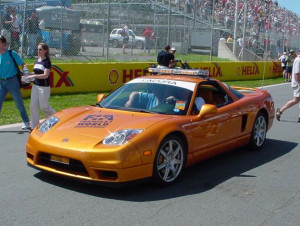 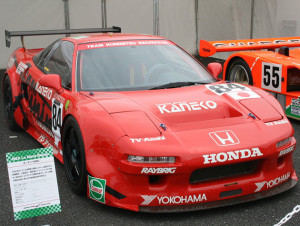 For use in the Super GT (formerly the JGTC), the NSX has been highly modified (as allowed by series technical regulations) with chassis development by Dome, engine development by Mugen, for Honda. Externally the NSX shape has developed race by race, season to season to the demands of increasing aerodynamic downforce within the regulations. The most notable change is the position of the V6 engine, which is mounted longitudinally instead of transversely as per the roadcar. Similar to the setup used in modern Lamborghinis, the gearbox is located in the center tunnel under the cockpit and is connected to the rear differential by a driveshaft. Engines can either be turbocharged or naturally aspirated, depending on the class and on the rules. Prior to rule changes beginning in the 2003 season, the Super GT/GT500 NSX was powered by a specially modified version of the C32B V6 engine. Using a stroker crankshaft from Toda Racing, the naturally aspirated engine displaced 3.5 liters and produced nearly 500 bhp. Beginning in 2003, Honda substituted a highly modified C30A, augmented by a turbocharger, which also produces up to 500 bhp. 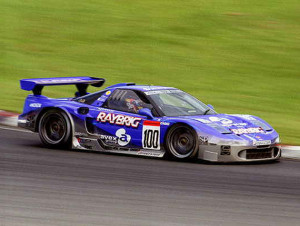 The NSX continued to be used as the works Honda car in the GT500 class, even though it is no longer in production, until it was replaced in 2010 with the HSV-010. Honda has won several championships during it’s history in the JGTC and Super GT.